So as the weather turns and winter draws in, we prepare for the colder weather.
Chopping up wood for the fire, cooking stews and roasts instead of eating salad and pasta and preparing our hair for the lank dull winter.

The wedding season is coming to an end with only a few going on through the winter months for those brave enough to take on the weather.

So I wanted to do a little bit about my latest bride Demelza Farr.
She lives in Australia but was originally from England. Her and her now Husband came back too England to get married and more importantly they came to Cornwall. Padstow in fact.

The sun shone for there big day and there was a buzz of excitement in the air as the coffee and Champagne flowed.

But its not the day itself I want to share with you or even to do with Demelzas hair but in fact her proposal.

Both Demelza and her Husband are Marathon runners and rang the north pole marathon for Team GB.
They both placed brilliantly with Demelza being the first female finisher.
After crossing the line James sank down on to one knee and popped the question.
I can even show you a video as there were camera crews there and the clip was played in several countries on the news.

Poor Demelza was shaking in shock and confessed to us whilst we did her hair and make up that the pain in her feet was terrible and all she wanted was a nice warm meal and drink to warm her chilled bones.
But who can say romance is dead when you have spoken to the first every women to be proposed too at the north pole after running roughly 26 miles in up to minus 25 Celsius 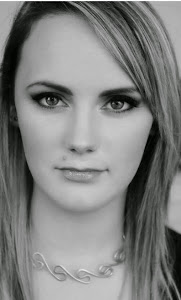 Follow my blog to be kept up to date with sevices, offers and pictures

Jodiedawn
Redruth, Cornwall, United Kingdom
My Name is Jodie and I work as a hairstylist, Nail Technician and make up artist as well as having my own product range. I love all things beauty and fashion and love nothing more than keeping busy beautifying women and making them feel great about themselves and now I want to share my tips with you.